What is a zoonotic pandemic?

Deforestation is particularly associated with increased risk of zoonotic emergence in tropical regions, where predictive models suggest that disease emergence is most likely (10–13). What is more, land clearing is often linked to new human settlement in close proximity to wild animal populations, and also creates habitat for insects to reproduce (9). This is important because some insect species can transmit disease between humans and non-human animals (14), for example ticks are known to spread Lyme disease and mosquitos can spread a range of diseases including malaria and dengue fever. Pathways of transmission, such as these insects, are called vectors, and an increase in their numbers may increase the likelihood of disease transmission.

Deforestation for animal agriculture is particularly problematic, because along with nearby human settlement and providing habitat for known disease vectors, it also introduces a new species in monoculture. This provides a potentially novel host living in a concentrated environment, so viruses can establish a reservoir population from which they can then potentially jump to humans (11,13,15,16). People working in close proximity to these animals are at heightened risk not only from insect vectors but also from direct transmission, as is anyone involved in slaughtering, butchering or handling these animals (including preparation of the raw meat for cooking).

This is an important consideration because the SARS, MERS, avian flu, swine flu and Covid-19 outbreaks are all thought to have originated from close human contact with farmed animals or food markets (17–19). It is clear that the conditions in ‘wet markets’ expose both traders and consumers to a high level of risk (20), and while biosecurity measures can reduce this risk, both new and resistant diseases remain a threat (21). In any case, as both the human population and global demand for meat products increase, tropical forests will continue to be destroyed to make way for pasture and animals will continue to be raised in high density conditions, perpetuating an elevated risk of zoonotic emergence.

It is clear that deforestation and biodiversity loss due to human activity negatively affect global health, and it has been suggested that increasing biodiversity can reduce this impact. A theory called the “dilution effect” proposes that if one animal species hosts a potentially dangerous disease, then an increase in the total number of species sharing the environment (i.e. biodiversity) will reduce, or dilute, the proportion of ‘host animals’; thus, there is reduced risk of vector species feeding on both the host species and humans, and thereby transmitting disease (22,23). The evidence for the dilution theory though, relies on studies of particular sites and particular species relationships within those sites (24–26). When a broad range of studies are considered it seems that increasing biodiversity can actually have positive, negative or neutral effects on zoonotic emergence (27), supporting the notion that the relationship is complex.

Increasing forested area and biodiversity may reduce the risk of viral outbreaks indirectly though, through carbon sequestration. Climate change is projected to have primarily negative implications for human health, including by potentially increasing the habitable range of disease vectors, such as mosquitos, as well as the extent and duration of climatic conditions that are favourable to disease outbreaks (28). It is not clear that mitigating climate change impacts through reforestation would reduce the rate of new zoonoses emerging, but it clearly remains beneficial for both the environment and human health.

The importance of reducing the emergence of new zoonotic diseases is obvious, and restoring ecosystems, protecting existing forests and halting biodiversity loss are critical in order to achieve this. Deforestation to provide land for areas of high human population growth and high-density animal agriculture presents particular risks. Furthermore, while restoring forests on previously degraded lands might not directly reduce the emergence of new zoonoses, it offers obvious co-benefits to humanity and the natural environment through sequestering carbon-dioxide and mitigating the effects of the climate crisis. No individual can single-handedly solve these issues, but the cumulative effect of many people making small changes to their daily lives can have a significant impact and benefit both the environment and our health. 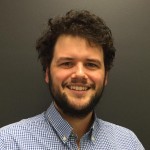 Tom is passionate about the environment and restoring degraded lands to healthy ecosystems. He has a background in epidemiology and biostatistics, and his particular interest is in the overlap between environmental and human health.